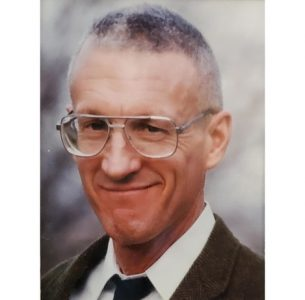 William Dann was a long-time benefactor of Kansas Advocates for Better Care.

His donations were relatively small in the mid-1990’s, increased gradually over time, and culminated in a substantial bequest in September 2020 after his death. Mr. Dann, “Bill” to his friends, believed in KABC’s mission to improve care for all Kansans in long term care facilities in Kansas and to support KABC’s efforts to improve regulations nation-wide as well. His generous annual donations over the years were essential to the organization. Bill’s hope was that the size of his gift would be sufficient to create enough income and growth to replace his annual gift when he was gone.

Bill’s passion for KABC was rooted in his compassion for others, and he came by it honestly. His mother Anne “Petey” Cerf was a passionate KABC co-founder. Earlier in his life, Bill volunteered to read to some nursing home residents. He saw firsthand that some facilities provide less than adequate care to some residents. And Bill, himself, lived in a Lawrence care facility for 14 years moving into an independent living apartment, then into assisted living, and, ultimately, into the nursing care portion of the facility. He received good care but knew first hand not everyone in every Kansas care facility did.

Bill wanted to help KABC improve that care and decided he could best do that by donating regularly to KABC and in his will. He understood the need to support KABC to help keep it vital for years to come. His bequest will help sustain KABC, but, if he were here and could engage you in conversation (which he loved to do), he just might encourage you to get to know KABC and to consider donating both now and later in your will. KABC will be forever grateful to and will dearly miss our friend William Dann.

If you’d like to learn more about making a planned gift to KABC, please contact our office.