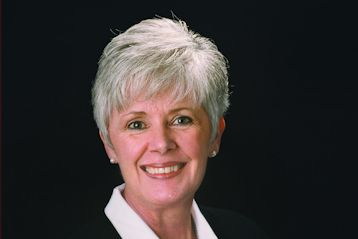 “We are recognizing Sandy Praeger for her many years of leadership and work in promoting good quality health and long-term care for older Kansans,” said Linda Carlsen, KABC president. “In her various elected roles, she has made it a priority to advocate for government accountability in fulfilling its oversight and enforcement roles for long-term care, support quality standards for the long-term care workforce, and promote greater access to healthcare and support services for elders living at home.”

Praeger held her first public office in 1985 when she was elected to the Lawrence City Commission, later serving as mayor. Between 1990 and 2002, she served in the Kansas House of Representatives for one term and Senate for three terms. During her Senate tenure she chaired the Senate Public Health Committee which was responsible for legislative oversight of aging and long-term services. In 2002, Praeger left the senate for a successful run as Kansas Insurance Commissioner.

As a new state legislator, Praeger was mentored on long-term quality care by KABC founder, Anna “Petey” Cerf. While in the Kansas legislature, Praeger worked with Cerf and KABC to pass several bills that supported independence, choice, and services for older adults wishing to remain at home, and promoted quality and choice for those living in nursing homes. While chair of the Senate Committee on Health, she supported creation of the Home- and Community-Based Services Frail Elderly Medicaid waivers to provide Kansans with quality long-term supports and services, allowing them to stay in their own homes. 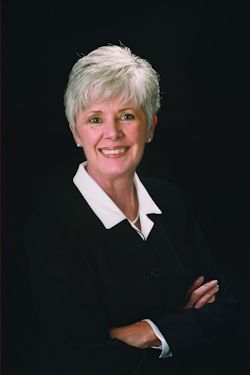 While in the Kansas legislature, Praeger worked to gain passage of patient protection laws, supported external review of health plans and insurance, and carried legislation that required hospices to be licensed, a requirement of Medicare that enabled older adults to receive hospice care. In 2001, she led the successful campaign for mental health parity in Kansas.

Praeger has served since 2002 as the Kansas Insurance Commissioner, responsible for regulating all insurance sold in Kansas and overseeing approximately 1,600 insurance companies and more than 108,000 agents licensed to do business in the state. She has continued her consumer advocacy throughout the implementation of the Affordable Care Act. During the past legislative session, she was a vocal opponent of legislation that would allow Kansas to opt out federal health care programs through a compact or a block grant, trading the “certainty” of Medicare which serves older adults for something “uncertain.”

Praeger has been active at the national level where she has served as president of the National Association of Insurance Commissioners (NAIC). She currently serves as chair of the NAIC Health Insurance and Managed Care Committee, as well as other NAIC committees and task forces. In 2012 she was appointed as an NAIC representative on the board of directors of the National Insurance Producer Registry.

Praeger’s work has earned her numerous awards and national recognition. She is a two-time recipient of the prestigious Dr. Nathan B. Davis Award, bestowed to individuals who have made a significant contribution to the public health through elected and career government service.

Her community involvement includes the United Way of Douglas County Board of Directors, and she is a founding member of three local boards: Health Care Access (a clinic for the medically indigent), the Haskell Indian Nations University Foundation and Court Appointed Special Advocates/CASA.

A graduate of the University of Kansas, she and her husband, Dr. Mark Praeger, live in Lawrence where they raised two children.

Kansas Advocates for Better Care (KABC) is a 39 year old, not-for-profit organization (501(c)(3) IRS designated charitable organization), beholden to no commercial interests, and is supported almost entirely by donations from citizens who support our mission of improving the quality of care in all long-term settings. KABC provides assistance to older or disabled adults seeking information and guidance regarding long-term care placements and services and help to resolve problems with the care they receive from facilities or other long-term service providers. KABC provides information and education to public policy makers and advocates for policies that will improve the quality of long-term care in Kansas.