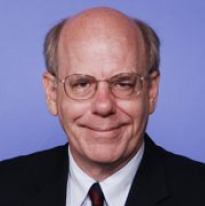 Kansas Advocates for Better Care (KABC) has named news journalist Dave Ranney as the recipient of its 2013 KABC Caring Award. KABC, a statewide non-profit organization dedicated to advocating for quality longterm care, annually honors individuals who demonstrate innovation, advocacy and commitment to improving the lives of Kansans needing long -term care and support. He will receive the award October 20 at the KABC annual fund-raiser, “Stand By Me,” at Maceli’s, 1031 New Hampshire, Lawrence, KS.

Ranney has built a journalistic career covering state government with an emphasis on social services, health and health policy, education and the courts. During his 30 years in the media, he has covered these issues for Harris News Service, the Wichita Eagle and the Lawrence Journal-World.

For the past seven years, he has reported on the Kansas Legislature and health policy for KHI News Service, an editorially independent initiative of the Kansas Health Institute. KHI is an independent, nonprofit health policy and research organization that informs policymakers about important issues affecting the health of Kansans. 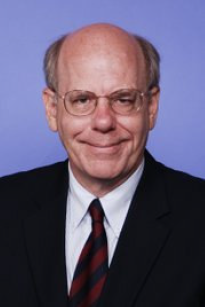 Ranney, who holds a bachelor’s degree in sociology from the University of Kansas, worked with adults with developmental disabilities for eight years before becoming a reporter. As a young social worker, he was a charter employee of Cottonwood Inc. of Lawrence, an organization that KABC founder Petey Cerf helped establish.

“I appreciate this award, because I knew and very much admired Petey,” Ranney said. “There’s an old adage in journalism about how we’re here to comfort the afflicted while afflicting the comfortable. You could say the same about Kansas Advocates for Better Care.”

His move from social work to the newsroom was gradual and began with a need to supplement his income. The local newspaper, the Seneca News-Courier, was conveniently located down the street from the Nemaha County Sheltered Workshop, where Ranney worked.

“With zero experience, I started free-lancing for the newspaper, which, fortunately for me, would print just about anything,” Ranney said. “I went from occasional features, to covering city council
meetings, to also covering the school board, to going full time. The publisher arranged for my wife and me to start a weekly newspaper divided between Axtell and Bern.” From there he reported for
the weekly newspapers in Neodesha, then Hillsboro.

Margaret Farley, Lawrence, KABC president, said the board’s decision to give Ranney this year’s KABC Caring Award was based on his career covering social services and the policies that shape them.

“Dave’s depth of knowledge of social services has created a rich body of work,” she said. “His reporting has spanned a wide range of issues which are important to KABC. He gives public voice to Kansans who otherwise would not be heard.”

Farley pointed to Ranney’s ongoing coverage of a Southeast Kansas nursing home cited for several incidents of abuse, but not fined by the State. That coverage helped KABC successfully advocate for legislation requiring the State to impose up to $10,000 fines for violations which posed a risk of serious harm to residents. That law has been enforced since its passage in the 1990s. She added that his reporting on the Frail Elderly waiting list was, in part, responsible for its elimination by the State a few years later.

“I’ve always been amazed by the power of the written word,” Ranney said. “You start out with blank piece of paper and nothing’s happening. Then you put some words on the page and all of sudden, things happen. Usually for the good, sometimes for the not so good.”

Ranney has been widely recognized for his news reporting. He received the 2000 Burton W. Marvin Kansas News Enterprise Award from the William Allen White Foundation. The award recognizes outstanding reporting by a Kansas newspaper. He also received the 1985 Victor Murdock Award for journalism excellence from the Kansas Press Association. His journalistic work has been recognized by many consumer advocacy groups including the National Alliance on Mental Illness-Kansas, the Kansas Disability Caucus, the Wichita Children’s Home and the Kansas Chapter of the National Association of Social Workers.

He is still involved in social services as a volunteer group facilitator at the Topeka Correctional Facility for Women. He has served as an adjunct instructor at Haskell Indian Nations University. Ranney is the fifth recipient of KABC’s highest award. Past recipients include Dr. Robert Harder, former Secretary of the Kansas Department of Social and Rehabilitation Services; Dr. Rosemary Chapin, University of Kansas professor; former Kansas Gov. Mark Parkinson, and former Kansas Congressman Dennis Moore.

KABC is a not-for-profit organization, beholden to no commercial interests and is supported almost entirely by donations from citizens who support our mission of improving the quality of care in all long-term settings.