Harriet Nehring was the first Executive Director of Kansans for Improvement of Nursing Homes (KINH now KABC). She held that position for 15 years, from 1975 until she retired in 1990.

A few years later Harriet began having memory problems and was diagnosed with Alzheimer’s. Her husband Earl was her dedicated caregiver, first at home and later when she was in a long-term care facility. Earl was a strong advocate for Harriet’s rights, as well as the rights of other older adults needing care.

Earl was actively involved as a KABC Board Member from 2005-2018. He lived independently until his 99th year, when he moved to a nursing care facility. Earl continued to be a strong advocate for his own rights and those of others, and especially the right to make decisions and maintain his independence while in a residential care setting. Earl died in January, 2020.

Harriet and Earl recognized the value of the KABC mission. The Nehrings supported KABC as (board-restricted) endowment “founders” and as “Cerfer” members. Earl and Harriet encouraged everyone to support KABC as a member or donor, to provide much-needed operating funds to sustain KABC’s strong advocacy on behalf of older Kansans and better long-term care. They benefitted from improvements in elder care they had long supported. For the Nehrings, things came full circle. 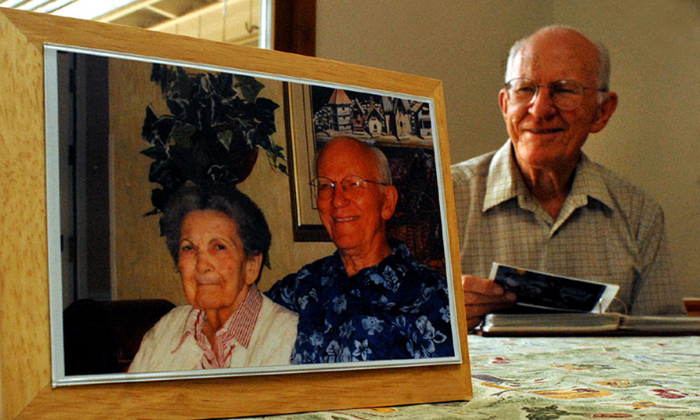